Happy Friday everyone! Three TVP Comms-ers are out today—most are squeezing in a last summer getaway—so that means Teresa and I are holding down the company fort, and I get to take over from Ali to post the Week in Review.
It’s hard to believe that it’s already August 21 and that summer, essentially, is almost over. The hot, humid weather here in DC definitely would have you thinking otherwise. Although fall cannot get here fast enough—because that will mean two of my favorite things are back: college football and cooler weather. Roll Tide! (I’m going to sneak those in whenever I can.) 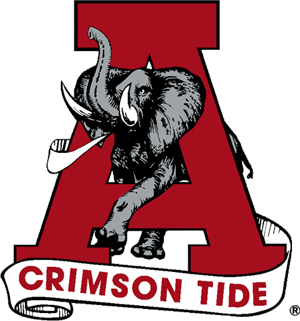 What’s new this week:
The Washington Post cited the Money Matters on Campus study, discussing why college students need to be exposed to more money management training before jumping in to the world of credit cards.
Farmer School of Business professor W Rocky Newman shared on the Conversation about Elon Musk’s “Brave New World,” comparing Henry Ford’s approach to innovation with the work being done at Tesla.
And congratulations to Drake University professor Renee Cramer—her piece on the impact of defunding Planned Parenthood was shared by TIME and Newsweek.
Be sure to catch up on the Inside Higher Ed Call to Action blog, which this week featured entries on differentiating your university from others and collaboration to leverage historic campus events.
What we’ve been talking about:
Erin Hennessy was quote in an Inside Higher Ed piece that examined sorority recruitment videos and the, apparent, impact they have on the national higher education dialogue.
Teresa Valerio Parrot wants professors to know that she’s here to help them. “Help me, help you,” she says. Maybe not exactly like that, but she does share the importance of faculty members utilizing media to broaden awareness of their research.
What we’ve been reading:
Ali Lincoln
Do you ever read something and you agree wholeheartedly to the point where you get a headache from vigorously nodding along? I had a lot of head-nodding moments in my higher ed reads this week. I cringe every time someone says a college education isn’t worth it, but a new study offers more proof that a college education has value, especially in the workplace. And this piece reminded me of my Bottom Line roots and supporting first-gen, low-income students as they overcome things such as summer melt to be successful in college.
I loved reading about this cookbook for a healthy diet on food stamps. It’s not being touted as a smart way to budget for food, but as a tool for those who find themselves limited to SNAP benefits to secure food for themselves and their families. What’s even better is that the cookbook is free to download so that families in need can actually access the information. My favorite part of the article, however, was clicking on the PDF and seeing some truly amazing-looking recipes and real food. I was reminded how lucky I am to not worry about my next meal. You can buy a hard copy of the book, and doing so donates a copy to someone in need.
Kyle Gunnels
The most fascinating article I read this week was a piece in Foreign Policy discussing the complete disconnect between the Chinese government and its population on internet governance and something that does not get much ink space—amateur porn. Most recently (because this is a common occurrence), a certain Uniqlo store in Beijing has gone viral because of an amateur porn video shot in the dressing room. Yes, the store itself has gone viral, with people posing to take selfies in front of the building. Meanwhile, Chinese authorities say they have found and arrested the couple in said video. Again, fascinating read.
Erin Hennessy
What I’m Reading: As the week wraps up, I’m looking forward to a beach vacation with my family. I’ve packed a stack of books and magazines and, in recognition of the anniversary of Hurricane Katrina, I’ve downloaded this series of interviews with New Orleanians posted this week by my favorite podcast, “Death, Sex & Money.” As the host writes in her introduction to the series, “There’s no single story about the storm, or about how people have fared in its wake.”
Kristine Maloney
More and more gifts to colleges and universities are being offered with strings attached, but this donor’s ask was particularly personal. For a gift of $20 million (after having donated millions previously), Joan Weill wants the college named after her, and the administration has started the process to do just that. The story is illustrative of the financial struggles of small, private institutions across the country, but also comes with all the challenges of a name change. And, I can’t help thinking how much of that $20 million will get eaten up by new signage, merchandise, stationery, etc. that go along with a new name.
I enjoyed this summary and critique of Jay Carney’s response to The New York Times’ article on Amazon’s workplace culture as much for its crisis communications takeaways, as it’s defense of journalism. The author summed up the entire scenario perfectly, as “a fascinating case study in modern media, and modern media relations.”
Teresa Valerio Parrot
Earlier this year I was fortunate to moderate a panel of student affairs officers who held jobs in New Orleans during Hurricane Katrina or its aftermath. Their stories were harrowing, at best, and I’ve thought about them quite often since then. With the 10th anniversary of the devastating storm upon us, the articles on the city’s rebirth are beginning to appear in my newsfeed. This piece talks about the gentrification that has accompanied the donations, grants and interest in the Crescent City and is worth a read.
And this piece from Ed Week about the current state of New Orleans and its residents is phenomenal. The headline says it all— “A Ticket Out? For one New Orleans youth, a college scholarship could pave the way to a better life for his family.”
Follow us on Twitter!
Here’s a look at what we were tweeting this week:

College students tell @nytimes which issues matter most to them in the 2016 election. Student debt made the list. http://t.co/wHjApXOAUJ

Agree with this #crisiscomms advice entirely, but for #highered I’d add faculty, students, and parents to staff. http://t.co/IbRsv14r23

Think it's safe to say that we already have a college-going culture in our house…#highered #classof2037 pic.twitter.com/NU1g5WUEzn

As #technology and devices become more ubiquitous, #unplugging is more important for our personal #health and sanity http://t.co/1F8Oful9l2

This was our first day of high school picture… I think she’s outgrown the tradition, but I’m not entirely sure… pic.twitter.com/dsweBrIcp8

The difference $900 can make in college graduation rates http://t.co/ixCpY568vP via @NewsHour