Remember all of the posts I made about the horrible winter in Massachusetts? For the record, the last bit of snow only very recently melted outside Boston. It truly was a miserable place to be, and I told myself I wouldn’t complain about the heat and humidity at all this year (if it ever showed up). But then I moved to southeastern Virginia just in time for summer to start, and when people ask me how I like Virginia, my first instinct is to complain about the heat and humidity. In my defense, it was 118 degrees out when we moved into our new house… 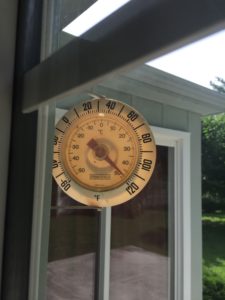 Why a Global Education Doesn’t Have to Mean Going Abroad https://t.co/2p4ARABQpO via @chronicle

There was a time students could pay for college by working a summer job. Not so now. Not even close. via @anya1anya http://t.co/ePbNip4gP2

You might be tired of me talking about being an #introvert in #PR but so much of this article resonated with me. https://t.co/jSfMXnxgum

USA: Land of Limitations? Spot on piece from @NickKristof. "Success is not a sign of virtue." http://t.co/C25vM5Y6RK

Have you submitted your proposal for the @NASPAtweets 2016 annual meeting? Here are tips for a winning submission: http://t.co/9urT2B5VNZ

Recognizing demographic change is one thing. Responding is another. @etkeld on SHEEOs trying to meet student needs. http://t.co/JbG5XRVQKk